It’s December 6, 2018. Can you believe it? I certainly can’t. Part of the joy of the holiday season for many is the anticipation of movies that build to a crescendo of Oscar-worthy buzz toward the end of the year. Until that happens, may I recommend a movie to you that surprised me in a very happy way? For period movie aficionados, have I got a visual stunner for you! 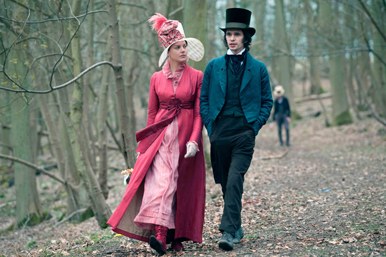 Not long ago, I stumbled upon director Jane Campion’s film Bright Star (2009,) a depiction of the deep love and passion between the English Romantic poet John Keats (Ben Wishaw) and his 18-year-old neighbor, Fanny Brawne (Abby Cornish) in the early 19th century. The setting is Hampstead Heath, a village outside of London, where Keats was invited by his friend Charles Brown to live in his home (Wentworth Place) after his beloved brother, Thomas, has died of consumption (tuberculosis) in late 1818.

Fanny Brawne’s mother was the widow of three children. Frances (Fanny) was the eldest, then Samuel, and the youngest was Margaret (Toots.) Don’t you love that nickname? Her mother has to pay off her late husband’s debts, but they appear to live comfortably. As a result, Fanny is raised to be independent. Fanny rejects the social norms of the day and the narrow path plotted for her, a pretty young woman with intelligence in a patriarchal world. It is assumed she will marry one day for security, but she makes money from her own creations as a dressmaker. If a woman is to “lay in wait,” she may as well make money from something she’s passionate about! 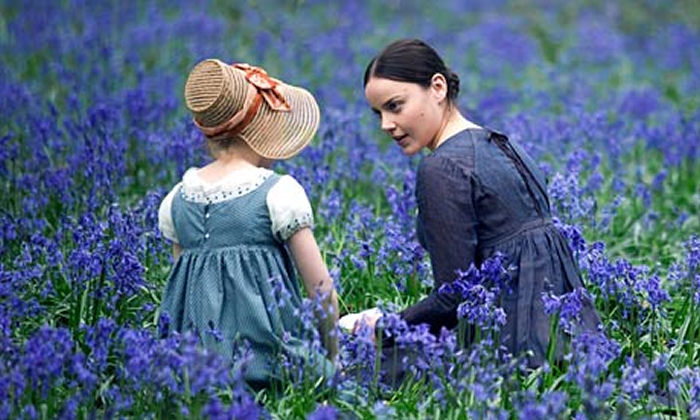 On a side note, I read in an interview that Jane Campion had remarked that the natural beauty of the area was so vivid in color that it was, in her view, ”almost Disney-like,” so that she had to pull some of the wild flowers from the field to create a more realistic setting. I think she forgot a spot here!

Keats’ poems and love letters are read throughout the film by the lovers. The film’s musical score was created by composer Mark Bradshaw with perfect musical cues, while the costumes were created by the late Janet Patterson. Fanny was a costume designer herself and in pursuit of her own personal expression, which was lost upon Keats and his intellectual friends, who ”have a problem with her as a suitable partner for him,” says Patterson in an article in Variety, December 2009, ”because they couldn’t reconcile her love of fashion as self-expression with her intelligence, as if those qualities can’t co-exist.” Browne considers her a lightweight and remarked to Keats that she “makes a religion out of flirting.” Keats considered her passion for clothes to be a sign of someone who is shallow, and too flirtatious to be taken seriously, but soon finds this charming and part of her character, calling her his “minkstress.” 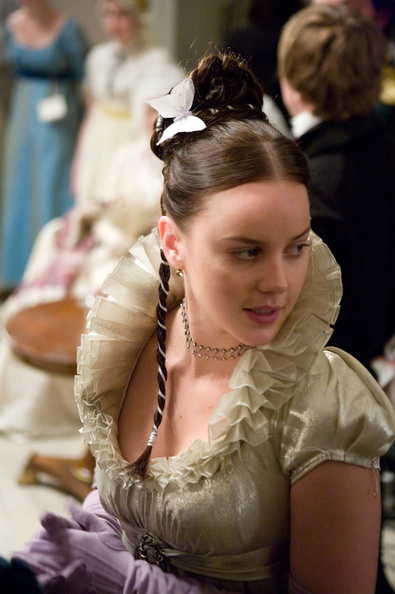 Fanny tells Keats and his friend, Mr. Browne, “My stitching has more merit and admirers than both of your two scribblings put together,” since they dismiss her so they can work on their own poetry. “And, I can make money from it.” That scene shows a key conflict in the film between creativity and limitations for women. The poets have writers’ block, yet Fanny continuously churns out beautiful pieces. There are many scenes throughout the film showing Fanny sketching, sewing her own creations, making their debut in her meetings with Keets and at other social events. Some dresses are flamboyant in color and design (layered triple mushroom collar, anyone?), while others are toned down in hue but show beautiful detail, natural tones, and fine material. Even her layered nightshirts are pretty.

In one of the early scenes, Brawne earns Keats’ trust and teaches her the secret of poetry: “A poem needs understanding through the senses. The point of diving in a lake is not immediately to swim to shore. It’s to be in the lake to luxuriate in the sensation of the water.” Soon after meeting, they realize they are soulmates. Many scenes take place outdoors, where the couple is chaperoned by Fanny’s younger siblings, who hang back just enough for the couple to hold hands, gaze into each other’s eyes, steal kisses, all while fully clothed in pre-Victorian times. 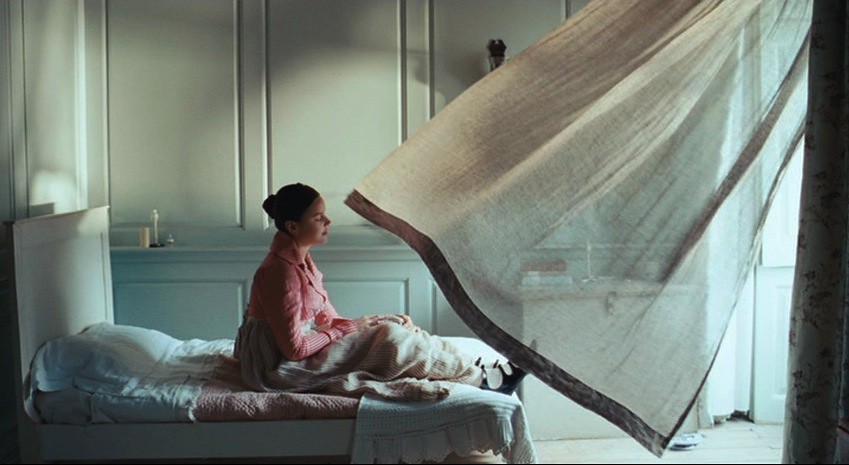 Keats trained as a physician before poetry and had access to laudanum. In 1818 while administering the drug to his brother, his brother gave him TB. Opium was the only drug that eased Thomas’s pain. This is likely how the poet picked up the habit. Keats’ biographer Nicholas Roe points out that Keats’ ”Ode to a Nightingale” is one of the ”greatest re-creations of a drug-inspired dream-vision in English literature.” Fanny and Keats remained close until his death.

”Bright Star” was a sonnet Keats penned for his muse, Brawne, to whom he was engaged, although sadly it was called off because he was diagnosed with tuberculosis. In January of 1821, Keats’ condition worsened, and his friends convinced him to move south to Italy, to help in his recovery.

Painter Joseph Severn travelled there and stayed with him through his illness until the end. Keats’ headstone reads, “Here Lies One Whose Name Was Writ in Water.” When Severn died in 1879, he was buried next to Keats.

Make sure you have a box of Kleenex nearby, as the rolling credits will leave you teary eyed and with buckled knees. At least, that’s what happened to me.

Do you have a ’Bright Star’?

Ode to a Nightingale 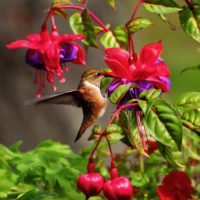