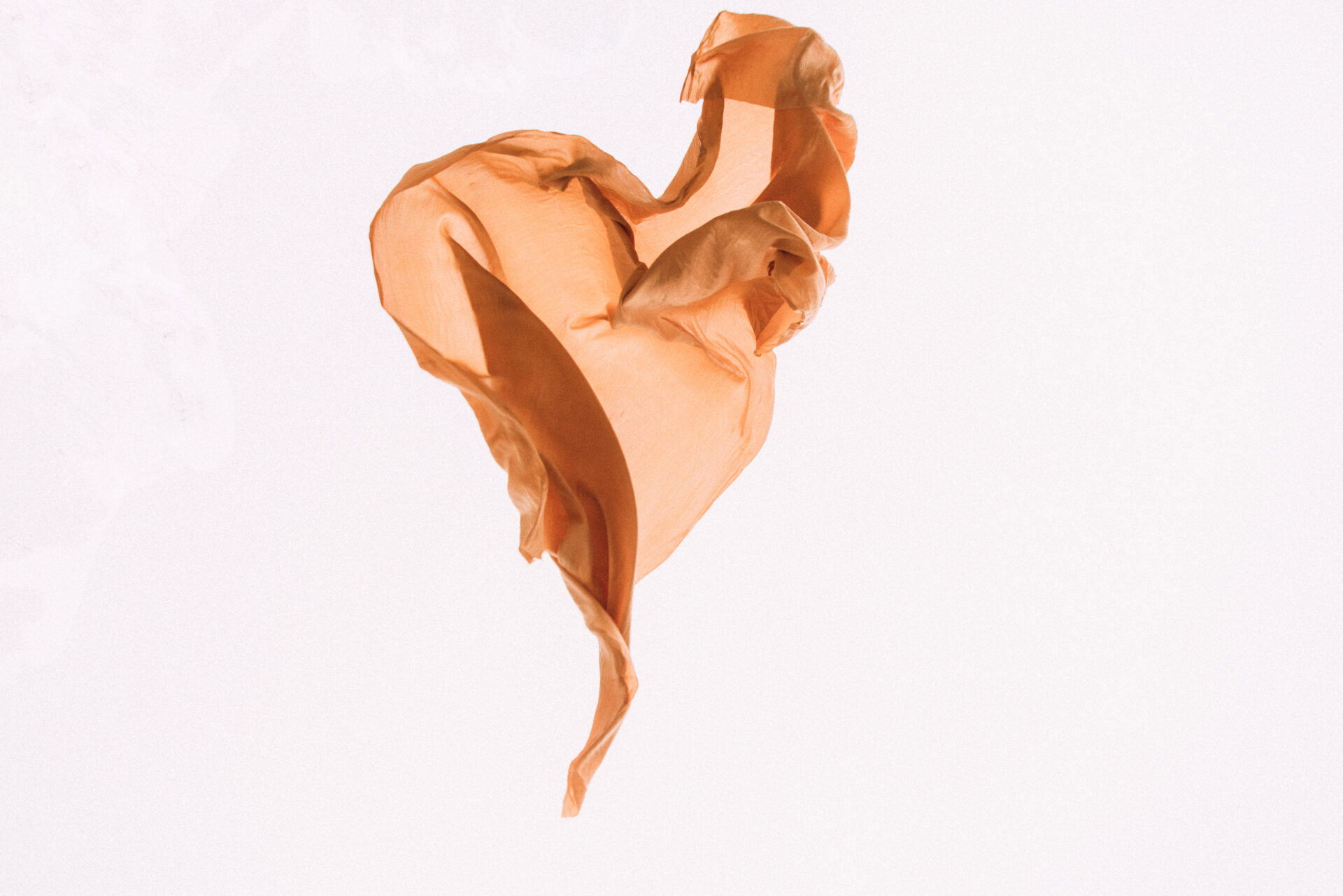 In Home Economics way back in middle school, I made letter pillows that spelled out my name. But I hadn’t taken a sewing class in decades until a few weeks ago. At a tiny fabric store in Boulder, I made my first pillowcase and learned how to make French seams. French seams are those neatly enclosed ones you see in more tailored clothes. They give the garment a more finished look, compared to using the standard serger.

I swear I manifested this class, because once I was shown a French seam, I knew I wanted to try my hand at it. “Ask, and you shall receive,” I always say. 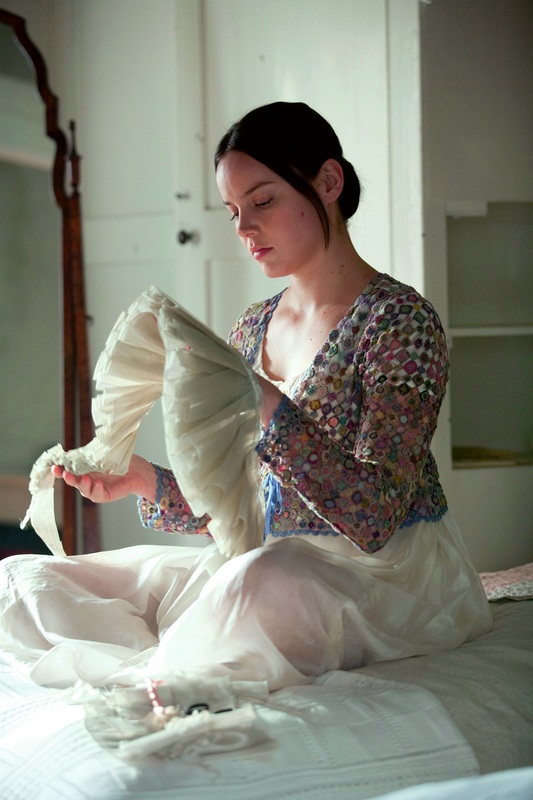 I had my older son in mind when I picked out the fabric. The body of the pillowcase was a world map and the end cap was a modern pattern, with the perfect complementary colors. Liam tells me he wants to travel the world one day.

I recently offered him a free plane ticket to accompany me to Berlin, to see my brother’s apartment before it is sold—then off to Ireland to spread my brother’s ashes on top of St. Patrick’s mountain after we climb it. He turned it down.

I would have been upset, but he told me he couldn’t get away, in all practicality, because he is committed to the office place he has rented for his massage practice, still in the early stages of development. “I don’t think I can trot off with you to Europe when I am paying a lot for my office space,” he said. I guess I wasn’t upset with him because he is showing a lot of maturity. I don’t think I would have turned down the trip at his age, but I was a completely different person and in different circumstances.

“Maybe you need to do this on your own, mom,” he says. I have not had time to process this one. But I digress. Now, back to my sewing class. 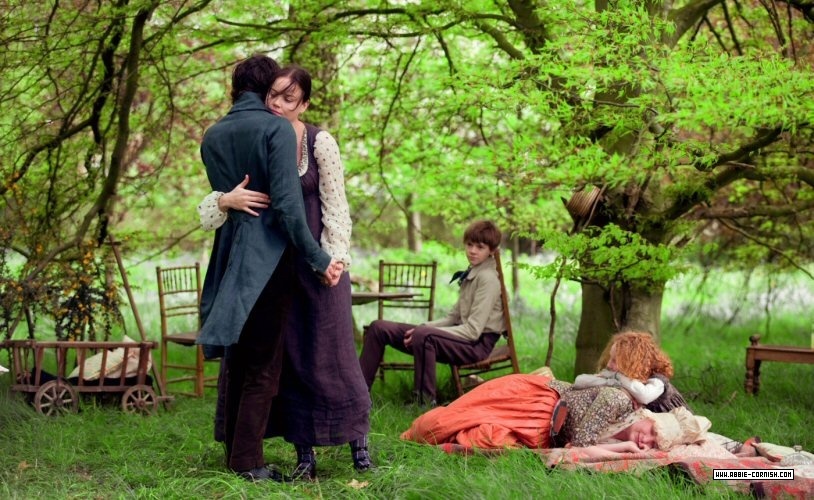 I was inspired to sew again after I saw the movie “Bright Star.” I wrote a rather long blog piece about that movie last December. I was enthralled with the cinematography, the music, the actors, and the subject matter. The movie is about the famous poet John Keats and his muse, Fanny Brawne. Fanny makes all of her clothes by hand and embroiders too. There are many scenes in which she dares to express herself in bright clothes, in direct competition with the luscious green scenery and in contrast to the somber grey clothes Keats wears.

I believe this couple is what people call a twin flame relationship. If you have experienced such a relationship, then the film might tug at your heart as you watch the characters bring out the best in each other—as well as the worst, for their love is forbidden. What would John Keats’ work be without his Fanny Brawne, and vice versa?

There is a touching scene in which Fanny finds out about the death of Tom, the beloved brother of Keats, and makes him a pillow slip embroidered with a highly detailed and beautiful bare-leaved tree. 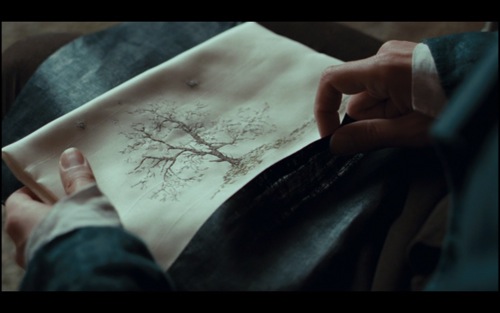 I recall a picture of me taken the summer after I graduated on a friend’s boat with an old boyfriend, Pat McGillis, who looks similar to the actor above. I am just realizing this now.

My mother used needle and thread to patch clothes or draw up a hem. We never owned a sewing machine. So I had to make do with a sewing needle and thread too. After I learned how to make letter–shaped pillows in middle school, I borrowed a friend’s sewing machine whenever I had the chance. I became frustrated because I didn’t have anyone to teach me the fundamentals of basic sewing. Her mom would get annoyed when I left the needle and bobbin thread bare. (I don’t blame her!) Not long after, my parents soon divorced, and my life became very unpredictable since my mom’s alcohol dependency had grown worse.

It wasn’t until the summer after I had graduated from high school, where I found my passion again for the needle and thread to embellish my clothes to make them my own. It was not the way Fanny may have embellished hers, but I did it my own way, using buttons, cutting the necklines out, and so on. Not long after, I tested at a community college career center to see what I would be good at. Artist, writer, painter, teacher, nurse, and philanthropist were some of the things I matched with. But when you’re young, paying for your own tuition, and in survival mode, fear sets in and the idea of following your passions appears lofty. The fear voice becomes louder until you are tugged in a safer direction.

I ended up changing my major in college a few times. Then, one day in annoyance, my dad screamed at me, “Just pick something, for God’s sake, Molly.” I ended up getting a degree in International Affairs, hoping that one day I could live in another country, helping people in some way. I never really did anything with that degree because I got married, had children, and took on all that responsibility. But I did learn about health and healing and eating nutritiously, because of my younger son and his special needs and in a roundabout way, I may at last be able to tie all of my passions and degree together with the business that I am creating to help people heal and find peace whilst sleeping. 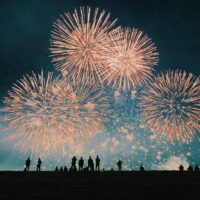 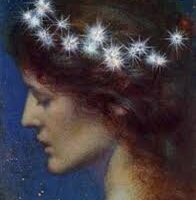