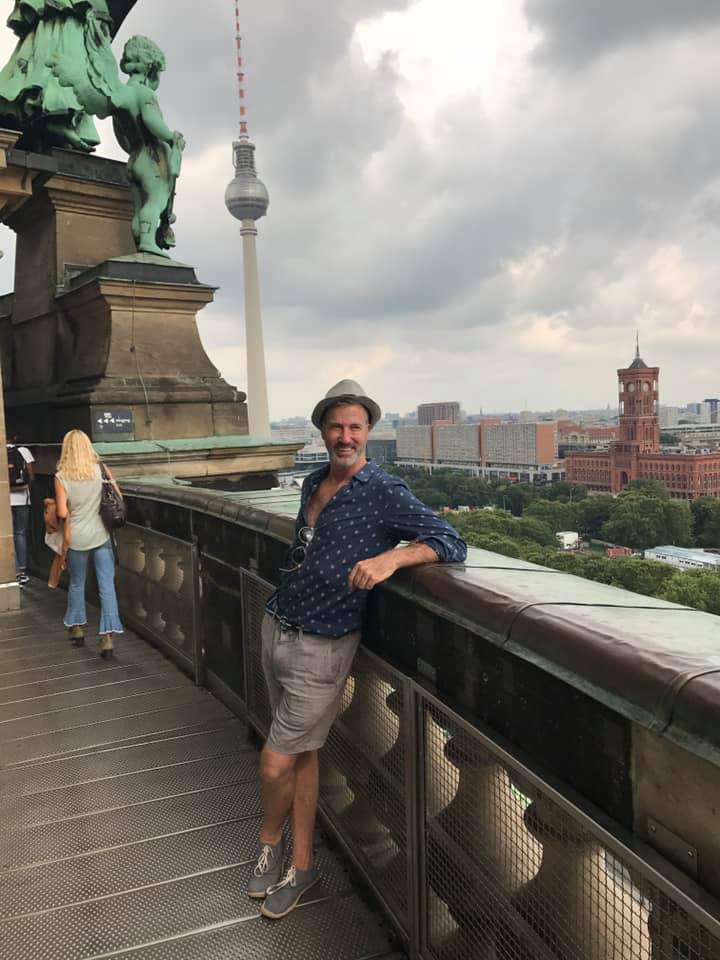 On April 6, I flew out to Colorado to be there for my younger son who is on the spectrum. He was finally approved to receive help at home (at his dad’s house). This was a blessing, but it has come at the 11th hour. He will be 21 in July and that is the cutoff for funds, which is insane. My son fell through the cracks in high school, if you can believe it. I was going through a terrible divorce, so my mind was not fully on my son getting benefits, as it should have been.

My oldest sister Irene, who is a psych nurse, told me she will help us navigate through the hoops for him to get adult benefits. I definitely get heart-sinking feelings when I deal with the unknown. When the stress of the divorce caused paralysis to even open legal email, my brother Blair would say, “If it’s your job to eat a frog, it’s best to do it first thing in the morning. And if it is your job to eat two frogs, it’s best to eat the biggest one first” (Mark Twain). Hearing that saying, I found that popping a Cognitol and Acetylcholine worked wonders. 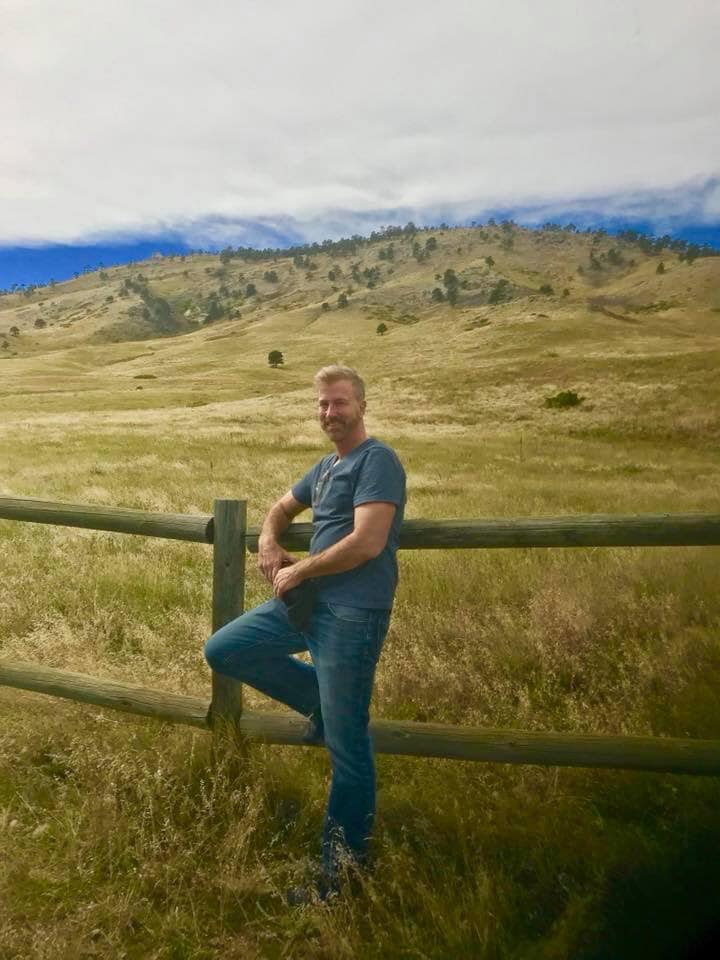 On April 15th, I had just arrived home after spending a long time at Fed Ex making copies of my tax forms for this year and last year. I was stressed out because I had missed the deadline to get my taxes in the truck before 6:00 pm. But I had filed for an extension last year—what’s another?

Julia, my sister from Florida, called me just after I arrived home. Her voice was serious: “I have bad news.” There was an uncomfortable silence.

“What sort of bad news?” I didn’t like where this was going. I leaned back deep into the couch, took a small sip of water, and carefully set the glass on my knee.

Then the words I most dreaded, “Someone died.”

I sighed heavily. The first name that came to me was my dog that I had to leave behind in Florida.

I rattled through all my siblings’ names and then finally said, “Don’t tell me..is it Blair?”

There was another space of silence, then she said stoically, “Yes.”

“Are you….kidding me?” Out of everybody in my family, I never expected it to be him. He was so angry at our mother for threatening suicide when we were kids and he worked in the health and healing field for years. It never seemed that he would go that route . 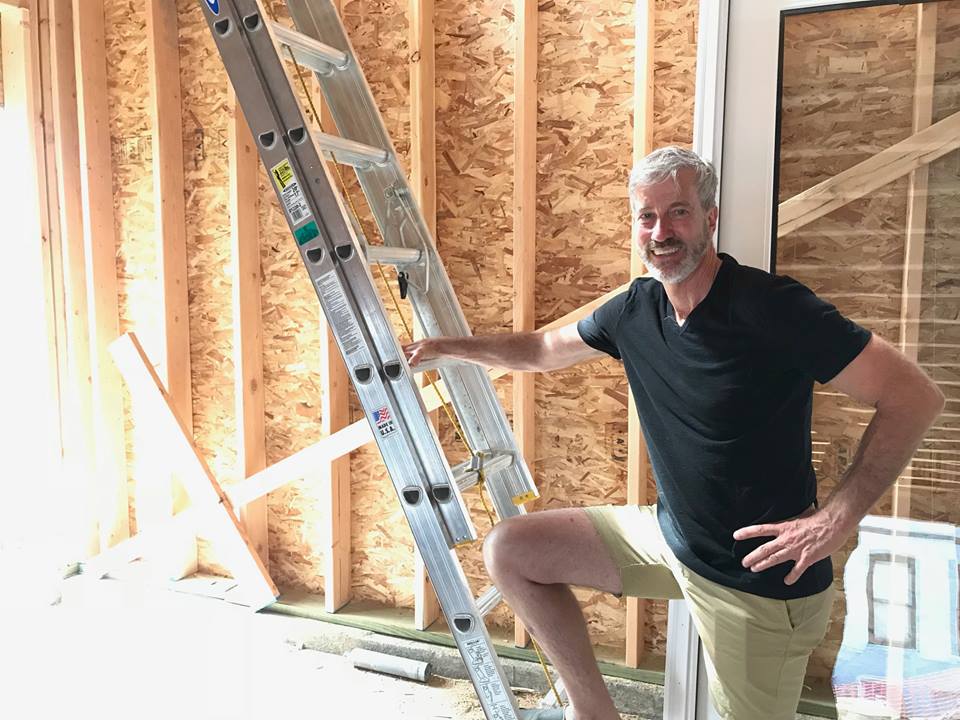 Who can ever prepare for a sibling’s death? The signs were there, I suppose. I knew he sounded depressed when I spoke to him the last few times on the phone. In fact, his energy seemed low in September, the last time I saw him alive. He was the buffer between my son and me, so I could extract myself from the house safely last September and go to Florida. (That is another story that I covered in a blog post.)

Looking back, some of our last conversations were downright baffling, because he had spent a few months in Europe with a good friend and seemed to be having the time of his life. But within a span of a few months he committed suicide. This made no sense to any of us siblings looking for a pat answer. Blair had sent short videos and pictures of his travels and dining extravaganzas, and called many times during the Christmas holidays. He said he wanted to sell his house in Denver and move to Berlin permanently, but real estate had gone up too high to buy. He was kind of a tightwad in that way, but that is how he made money. Nevertheless, it sure seemed like he was ready to start a new phase in life.

Then everything came to a grinding halt. Blair messaged me in a text, “The world lost an angel today” and a picture of him and his ex-partner Bill, a native of Germany, during happier times.

I messaged back. “What? He’s dead?” Blair said Bill was found on New Year’s day. He was only 32. Blair went to the funeral, but his Bill’s family paid no attention to him.

When my brother and I spoke on the phone in February and March, he described symptoms of PTSD, something I knew quite well since I had it too. I became deeply concerned. Blair told me he a hard time completing things and felt frustrated with his contractor’s lack of communication and poor-quality work, as well as his neighbor’s complaints about his addition. “I can’t get anything done,” he often lamented.

Within the last year or possibly longer, Blair had a new lung condition from unknown causes and natural treatments weren’t helping his difficulty with breathing. He found it difficult to eat, which was hard to fathom since he’d had a robust appetite his whole life and loved having dinner parties for people he cared about. “Nothing sounds good to make for one person,” he told me, so I sent him a simple egg and asparagus recipe. I thought I was being helpful by sending him that and natural ways to get more energy nutritionally, but he rarely commented. Even knowing all this, it is hard to figure out the one cause of suicide. It hardly seemed “enough.”

I was planning to see my brother the weekend after I arrived in Denver, but I got sidetracked with my son’s appointments. My sister Julia told me after he died that she had let him know I was back in town. He was clear in his response. “I don’t want to see her.” It felt cruel of her to say something like that, but maybe he had known I would know something was up, and try to stop it.

Within one week, family and friends gathered at Blair’s home and celebrated his life. His body would soon return to dust.

”In this world nothing can be said to be certain, except death and taxes.” Ben Franklin, 1789 (His fav quote)

This past weekend, Julia flew into town to spread our brother’s ashes in Estes Park, but I chose not to go.

There are a lot of loose ends she is dealing with in order to get everything in order before Blair’s house sells, particularly with the asshole contractor he was dealing with while building the house addition. Now my sister has to deal with him. If you believe your spirit still carries on after you die, then my brother is helping behind the scenes too.

My siblings and I say in privacy, “Doesn’t the contractor know that being difficult with us too, especially after the death of our brother, is not helping things? One would think he would be bending over backward to get the punch-list finished.

My sister and her husband both work in the construction field, so they know when someone is probably lying and manipulating a situation. The difficulty my brother experienced with this man, and all other frustrations described here, just seem like things you roll with. Frustrations, setbacks, disappointments are a part of life. Right?

In my heart, I believe that unresolved childhood trauma was an underlying layer of it all, and life became too much for him. “The literal death by a thousand cuts was an execution method in which the victim was slowly dismembered, and has come more popularly to mean anything that is a slow process in which a multitude of small, bad things happen which ultimately culminate in the demise of whatever was suffering the changes.”

I have other plans for my brother—a different ritual in mind. Don’t worry, my sister did not go alone, but with some of his closest friends. I would like to climb St. Patrick’s mountain in Ireland, where there are many pilgrimages throughout the year that trek up to the top, stopping at various points to rest, or take in the scenic glory. My brother’s middle name was Patrick, so is my younger son’s and my father’s. So, it would be for all the Patrick’s in my life. I will be letting go a lot along the way I’m sure. But, it’s more to it than that. I will be returning to my ancestral land, where some of the patterns first began, knowing I took those steps to make sense of it all, our crazy home life and heal what I could.

Apologies, but there are no posts to display.